What is the best English Quran translation? 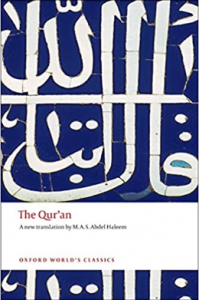 Every Muslim desires to understand the intricate language and nuances of the Qur’an. However, more than four out of every five Muslims in the world come from non-Arab backgrounds and do not speak Arabic, the language in which the Qur’an was revealed. Accordingly, the majority of Muslims, as well as interested non-Muslims, who wish to understand the Qur’an have to do so through translations in their native languages. In this article, we will consider some of the features of a number of popular translations of the Qur’an in English, which make them suitable for different kinds of readers.

The fact is that there is no single best English translation of the Qur’an. Among reputable translations, each has different aims and features that make it suitable for different kinds of readers and purposes. At the same time, it is important to keep in mind that the Arabic of the Qur’an is incredibly deep, eloquent, and illustrative, so there will always be some meaning lost in translation, and each translator will attempt to compensate for that in different ways. The only way to grasp the true richness of a language is to know the language itself. But here, we shall discuss the following English translations of the Qur’an, some of which have deep roots and have made a major impact in the English-speaking community, and others that are relatively new.

The earliest English translation of the Qur’an to receive widespread and lasting acceptance in the English-speaking Muslim community is Muhammad Marmaduke Pickthall’s The Meaning of the Glorious Qur’an, first published in 1930. This was followed closely afterwards in 1934 by Abdullah Yusuf Ali’s The Holy Qur’an. Though they both use a poetic style and sometimes archaic language (such as the pronouns ‘thee,’ ‘thou,’ and ‘thy’), they are fairly clear and remain two of the most popular and widely-available English translations of the Qur’an. These two translations more than any others have set the bar for what a good English translation of the Qur’an should be like, a bar that to this day has rarely been exceeded. Both come in editions with explanatory footnotes by their translators.

In 1980, Muhammad Asad published The Message of the Qur’an, an English translation and interpretation of the Qur’an. Asad was an Austrian Jew who converted to Islam and spent many years working on this translation and engaging in scholarly research. This translation is among the most poetic, and aims to convey the meanings of the Qur’an in a refined English style rather than to provide a literal word-for-word rendering of the Arabic. Asad’s introduction and highly readable footnotes help to guide the reader through the Qur’an, which has also helped to make it one of the most popular translations among English readers. At the same time, some of Asad’s interpretations are unconventional, so this translation is best used alongside another for comparison.

The 1980s also saw the publication of The Noble Qur’an by Muhammad Muhsin Khan and Muhammad Taqi-ud-Din al-Hilali. This translation attracts some readers for its plentiful footnotes that provide information from traditional Sunni sources of hadith (statements attributed to the Prophet Muhammad, peace be upon him, or his companions) or commentaries of the Qur’an. However, many readers find the quality or style of the English to be wanting, and find that the extensive and often repetitive interpretations that are inserted within brackets into the text to be a severe obstruction to its flow and readability. It also provides a particular interpretation of the Qur’an that reflects its publication from Saudi Arabia, and which not all Muslims would find agreeable.

In contrast to Asad’s, the Saheeh International  translation aims to provide a literal rendering of the Arabic of the Qur’an into “plain” English. It is was produced by three American women, Emily Assami, Mary Kennedy, and Amatullah Bantley, who converted to Islam in the 1980s, and published from Saudi Arabia in 1997. It has become popular as a more contemporary translation, but focuses more on providing a literal meaning of the Arabic than on providing smooth English. This makes it a useful resource for students who are seeking to learn the literal meaning of the Arabic of the Qur’an.

The Noble Qur’an by Abdalhaqq and Aisha Bewley, both experienced and prolific translators of Islamic literature into English, was published in 1999. This translation provides a straightforward yet elegant rendering of the meanings of the Qur’an into English, without employing brackets or extensive footnotes which could impede the flow of the reading. However, this is achieved by leaving many key Arabic terms that tend to be familiar to Muslims untranslated, such as “salah” (ritual prayer) or “deen” (religion, way of life). While a glossary of these terms is provided at the back of the translation, its target readership seems to be Muslims or readers who are educated enough about Islam that they are already familiar with some of its terminology

The Qur’an: A New Translation by M.A.S. Abdel Haleem, published in 2004 by Oxford University Press, is one of the most recent translations of the Qur’an. Abdel Haleem is a scholar of the Qur’an and Classical Arabic who was trained at the prestigious al-Azhar University in Cairo and teaches Islamic Studies at the School of Oriental and African Studies, University of London. Accordingly, his translation reflects his mastery of Qur’anic Arabic. At the same time, it seeks to convey the meanings of the Qur’an in fluid English rather than to provide a literal meaning of the Arabic of the Qur’an. As a result, it has become one of the most reputable contemporary translations of the Qur’an in English. It has informative introductions and brief footnotes which make it convenient and accessible to readers of diverse backgrounds. One of the more unique features of this translation is that it is in the form of manageable paragraphs, rather than in verse form.

Finally, a particularly fresh and notable translation is The Clear Quran by Dr. Mustafa Khattab, published in 2016. This translation offers a remarkable balance between providing an accurate rendering of the Arabic of the Qur’an, lucid and readable English that does not stray far from the literal meanings of the Arabic of the Qur’an, and helpful explanatory notes to guide the reader. Yet, the most unique feature of this translation is that it inserts words in small square brackets that assist the clarity and flow of the translation, and which convey an accurate meaning of the Qur’anic text. These superscript square brackets are far neater than the full brackets and explanations within the texts of some English translations of the Qur’an.

All of the above translations represent valuable tools for readers and speakers of the English language to understand the Qur’an, whether Muslim or non-Muslim. Individually, each of them serves to convey the meanings of the Qur’an in different ways and appeals to different needs and preferences of readers, inviting each person to encounter the sacred scripture of Islam in a way that is accessible, enjoyable, and enriching. Collectively, they provide a treasure house of learning, and deserve to be appreciated in every mosque, household, and heart. Such translations provide an indispensable service, because although the Qur’an in all of its poetic beauty is an Arabic text, not all of us know Arabic. Now, go out and find your favorite translation!

Let us know your favorite translation and why in the comments!

A lot of people are asking: So what is the final answer?

It is hard to choose, but here are some recommendations so that I stop getting emails about it 🙂

Best for Arabic Students: Saheeh International because they match the Arabic as much as possible.

Best for Interesting Footnotes: As a young reader I always enjoyed the commentaries in the footnotes of the translations of Muhammad Asad and Abdullah Yusuf Ali because they made me think more deeply about the Quran. Whether or not I agreed with their commentary, I realized that there’s much more to it than I thought. Abdel Haleem also has concise Surah summaries at the beginning of each chapter as we mentioned in the main article.

What about Tafsir/ Commentaries if I want to study in more depth? We definitely want to go more into the actual commentaries with a separate article, but for quick English research I recommend two commentaries from the last century. You can start with Tafheem ul Quran for economics, sociology, history, and politics, and with Ma’ariful Quran for spirituality and Islamic law, And now we also have the newer Study Quran where a group of scholars translated classical commentaries at once. Please bear in mind that this recommendation is for study and not because I endorse everything that these 8-10 volume works contain.

By clicking on any of the links above, we will get a small portion of the proceeds that will support our blog.

Did you know we also have Quranic Arabic courses? Take the quiz to find out which course would be perfect for you!